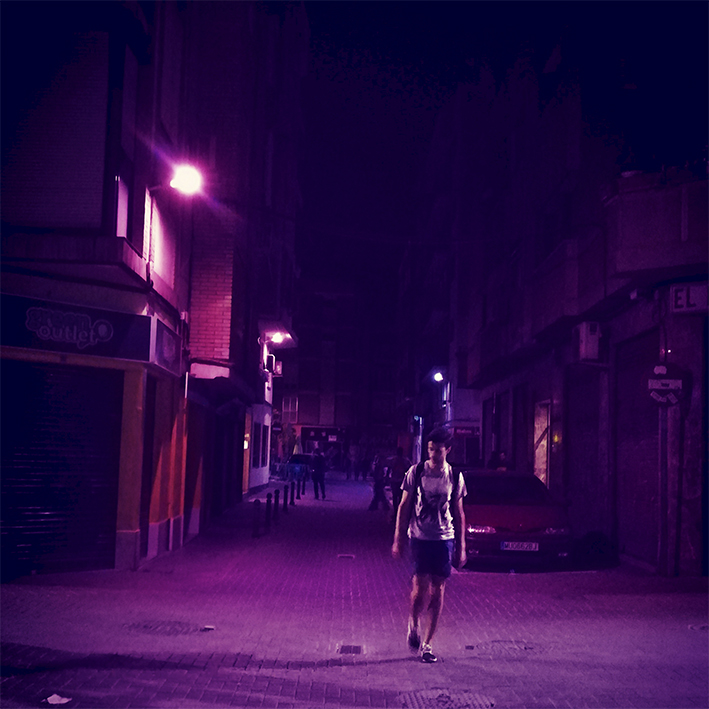 Murcia City Council promotes the Urban DNA Festival consisting of low-cost interventions on the different neighborhoods of the city to respond to a specific need. Slightly degraded neighborhoods that need interventions for their activation and improvement.

At that time, the city of Murcia decided to renew its entire urban lighting system, changing from VSAP streetlights to led systems. As happened in many cities in Spain and Europe this replacement of luminaires has not followed a specific and controlled urban lighting project, but simply has taken into account energy savings and not other factors such as glare, light pollution or simply the choice of light levels and color temperatures appropriate to each space.

We detected that in the Santa Eulalia neighborhood in the historic center of the city, ultra-bright 5000K led streetlights had been installed, a model designed to be used in suburban spaces on highways and secondary roads. The «Hacking Lights» project was born to respond to this situation.

Having a low budget for the project, we proposed to the neighborhood to reduce glare and light pollution through translucent color filters that would identify the different streets of the neighborhood. The proposal was accepted and carried out, for a few months the streets were flooded with different colors, which caught the attention of the city council itself, promising to review and improve the lighting project in the neighborhood.

The proposal was accepted and it was carried out, during the months that the streets had floods of different colors, which prevented attention to the city council itself, promising to review and improve the neighborhood lighting project. 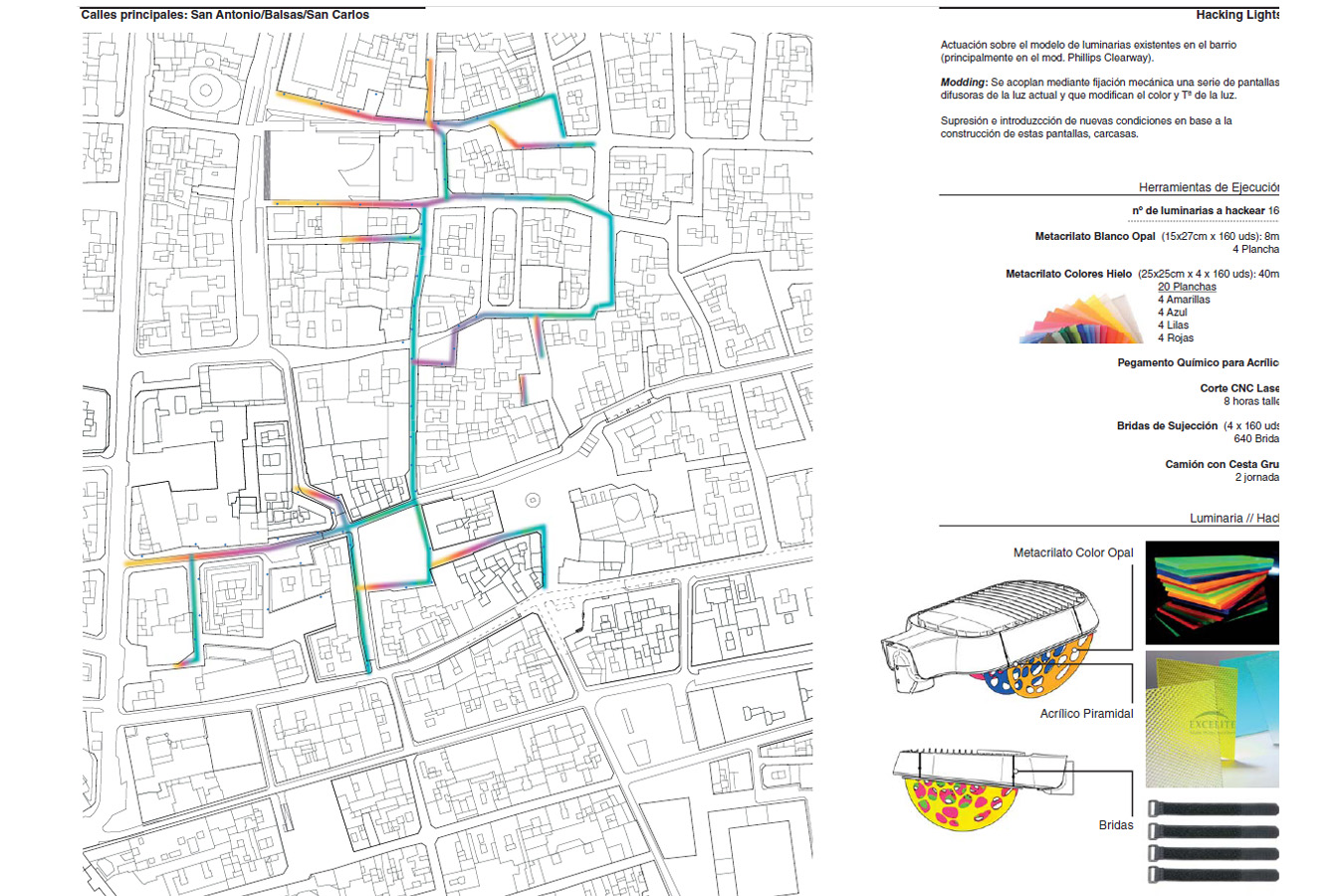 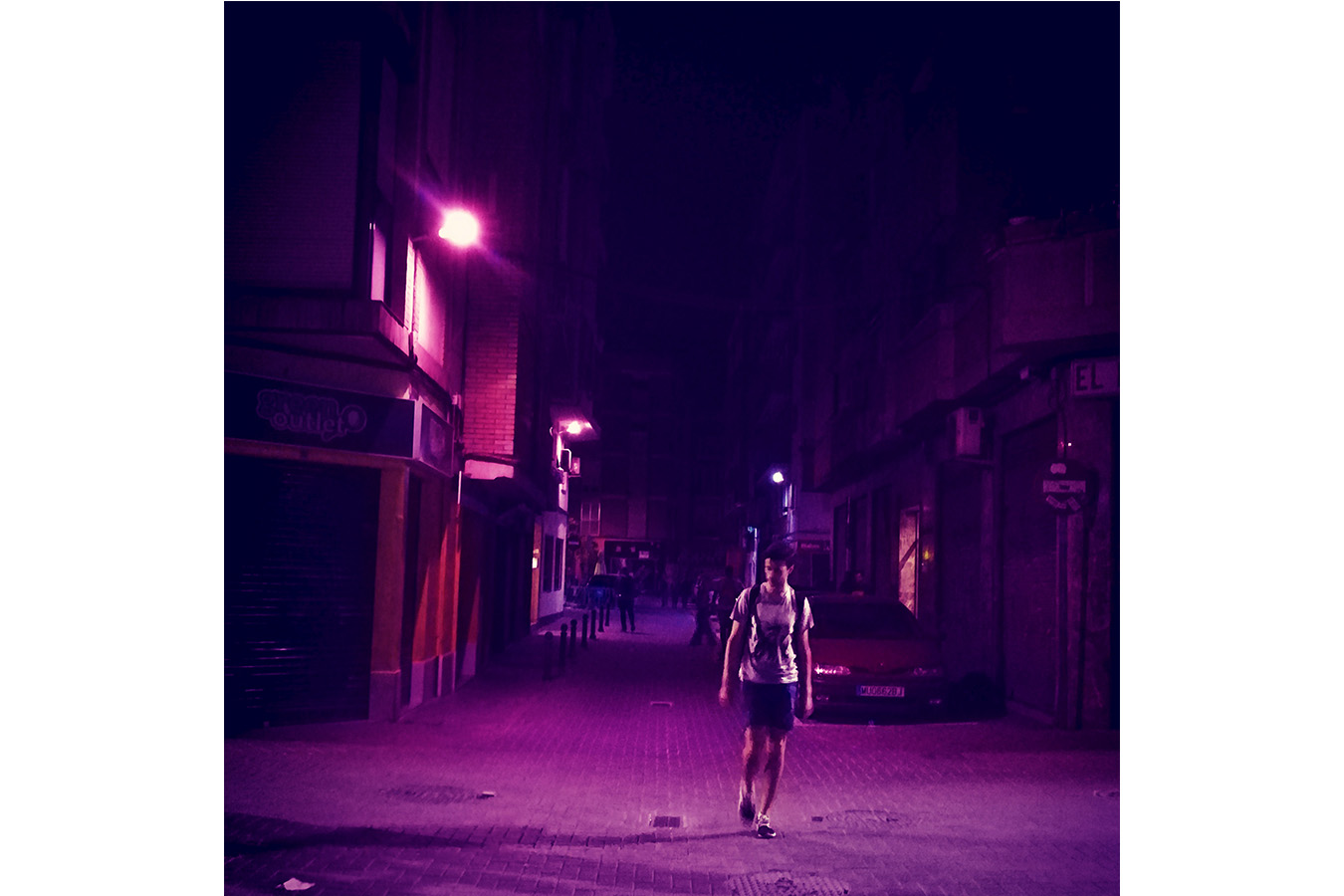 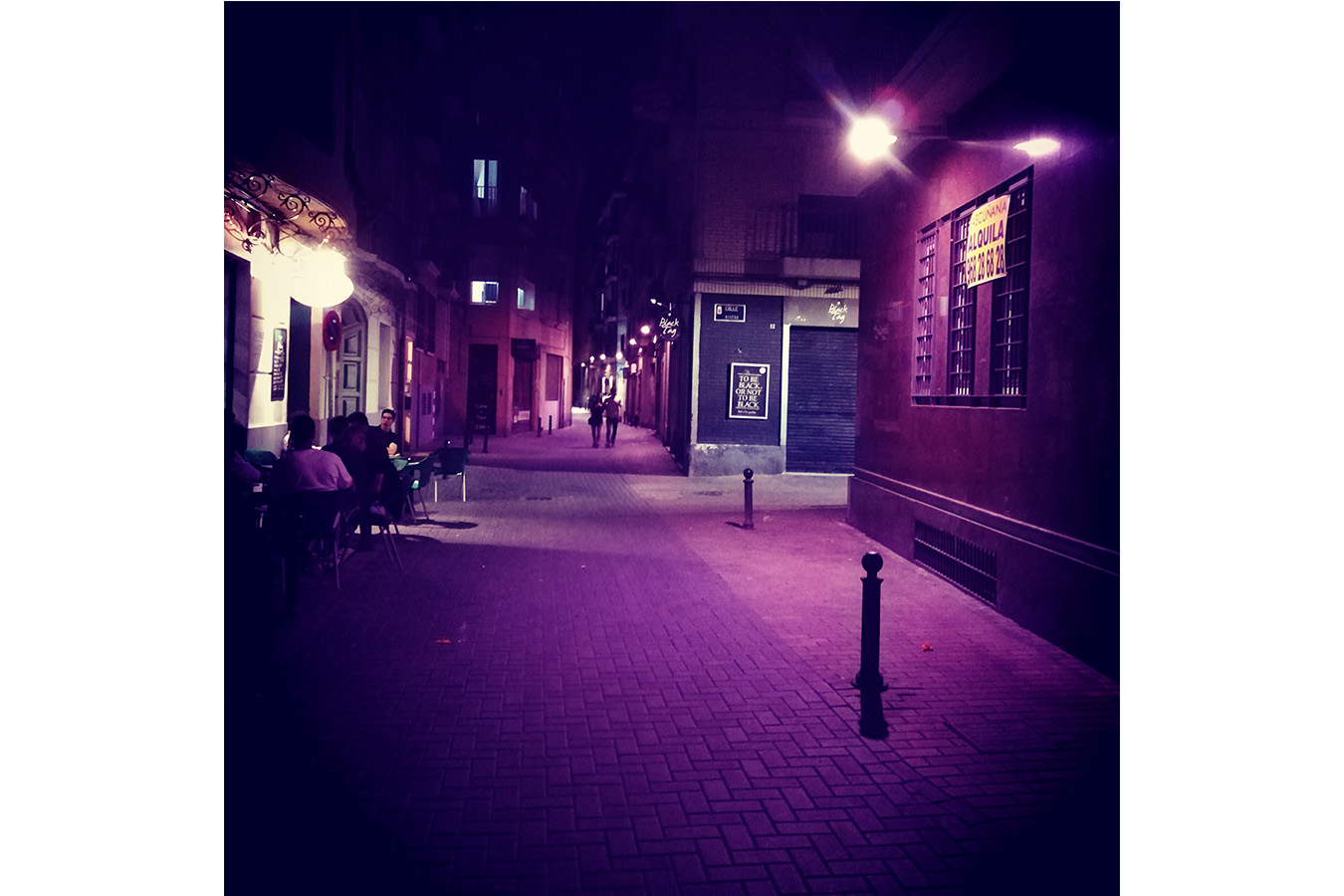 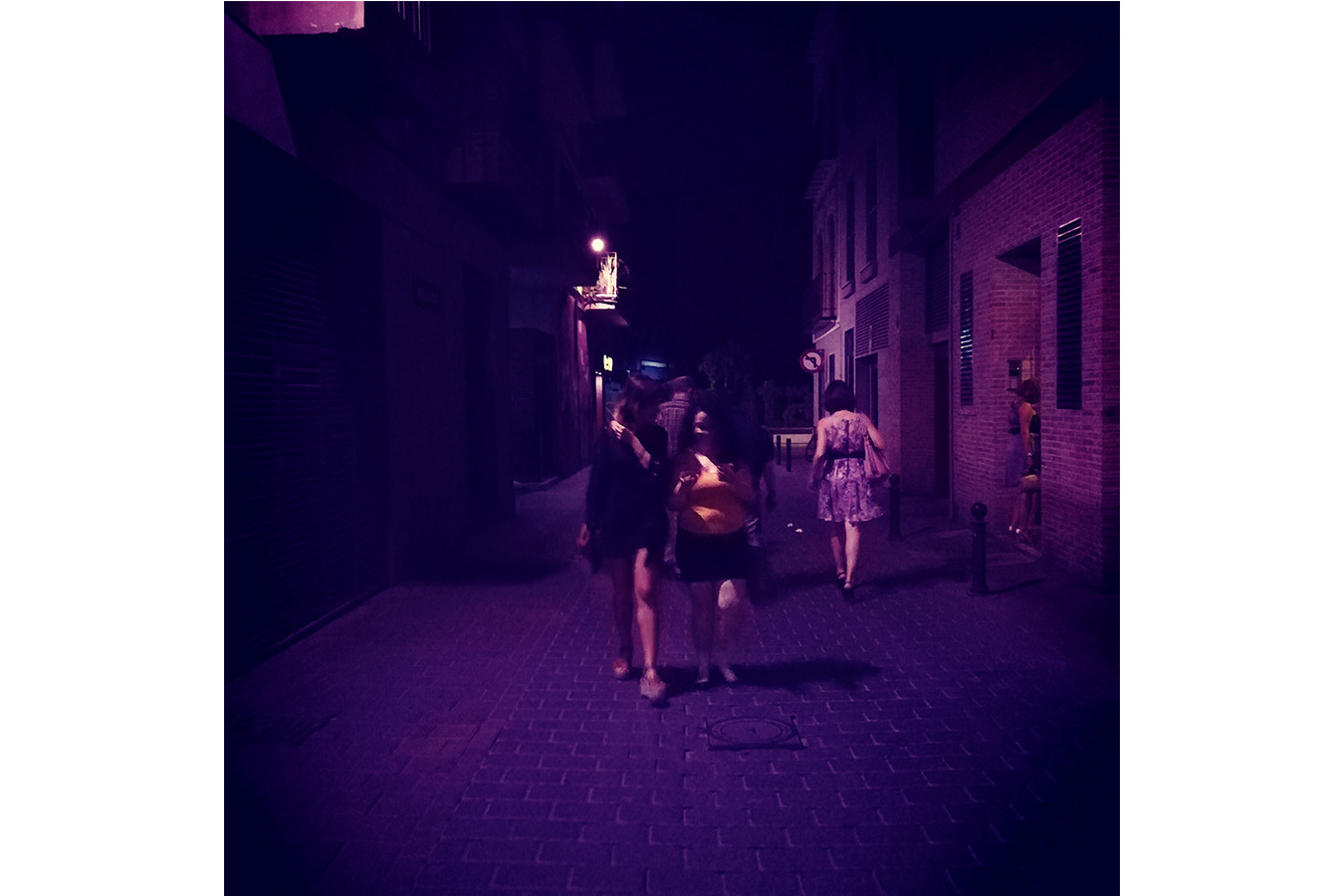 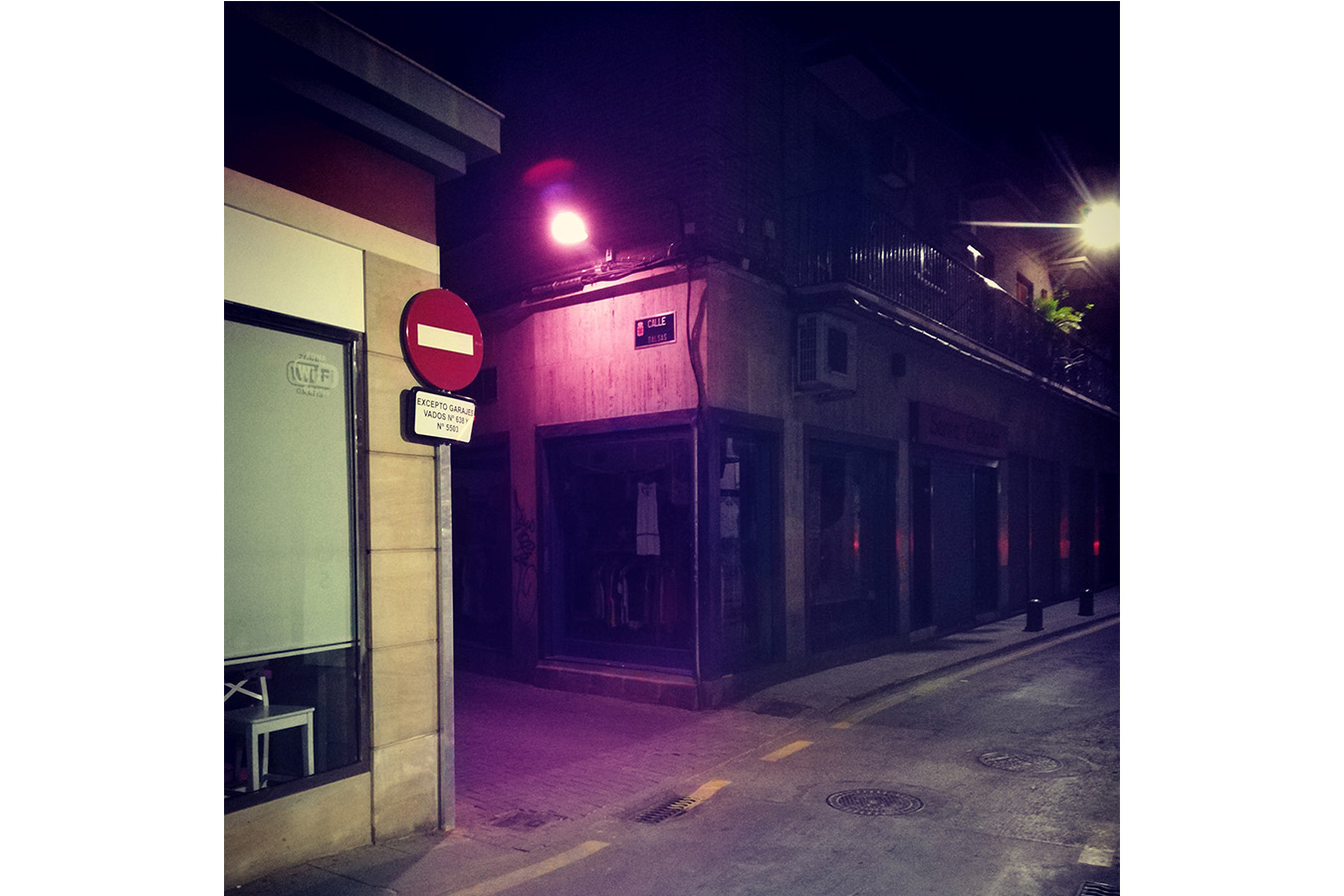